The release of Miracle Mia video game (aka, why so few updates, lately) - post author Don 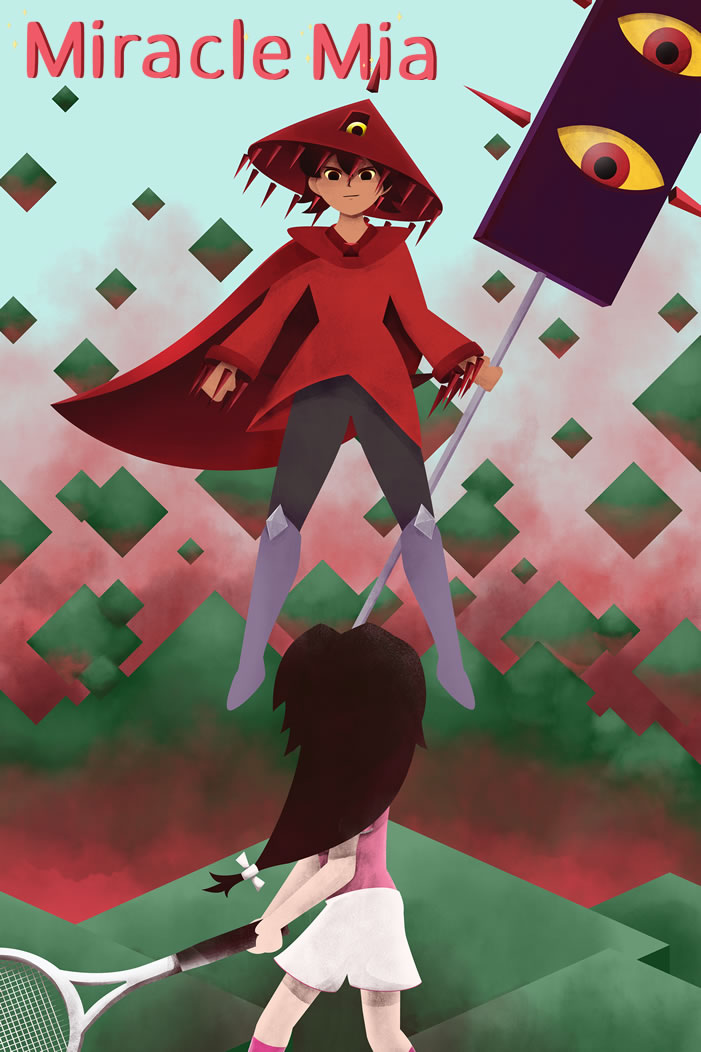 Some of you know that my son is an award winning, independent game developer. He just released his first commercial video game, Miracle Mia and a few months ago he asked me to help with finalizing the game dialogue and putting together a press kit and managing his social media. It has been a fun, weird, and eye opening experience.

Miracle Mia is a story driven, anime, action platformer video game with a tennis-based combat system. You can play it with keyboard or game controller.

For those of you familiar with Steam, the video game digital distribution platform, Miracle Mia is available on Steam for PC.

(Note: In the last two instances (GameJolt and Itch.io), we are still waiting on our digital certificate, so you get a scary Red Screen of Warning. Trust me, it isn’t malware.)

There is also an original soundtrack put together by a talented synth-wave musician – Ashley Lynn Watts. You can hear the soundtrack on Spotify or, if you are a keen synthwave connoisseur, you can buy the album on Bandcamp.

A voice over artist, Corinne Sudberg, provides the voices for all the characters. And, two sound designers were brought in to do the sound effects – Diwa de Leon and Emmanuel Lagumbay.

Upon launch, we were inundated with review code requests. Usually it was, “We need three review codes for me and my buddies,” whereupon we learned of the second hand market for game codes. We were not happy, but it is still visibility.

We were delighted to learn of a core of dedicated fans who not only were looking forward to the games release, but made fan art and give great reviews.

So, if you’ve gotten this far, please recommend to your gamer friends Miracle Mia (It’s the first result on Google and Bing).

SpaceCats in Space! And now for something completely different. - post author Don

Every once in a while I post something unrelated to screenwriting, but yet still related to story telling and thus posting it to the site. Sometimes its graphic novels (comic books) and sometimes it gaming. This is one of those gaming times. And, I introduce to you: SpaceCats in Space! is an animated twin-stick shooter feline epic that takes place among the stars. The Kingdom of Meowfyre is under attack, and it needs your help right meow! Play as Princess Angelina Contessa III, and blast your way to meowgical glory in no-holds-barred space warfare against the canine Grolich Empire!

It has engaging gameplay and a good story line. However, what impressed me even more is how well this little indie game studio is run and how well the game and launch has been planned out.

If you have a little coin to throw their way, please do. If you don’t, still check out the SpaceCats in Space! Kickstarter page for a blueprint on how to put together and market a unique indie game.

Permalink | Comments Off on SpaceCats in Space! And now for something completely different.

We take you away from your regularly scheduled programming… Velia – Thank You! - post author Don

This is an update and a big thank you to all the folks who are supporting getting the game Velia noticed in the gaming community.

Also, thank you to all of you who Liked Velia on Facebook

There is a free demo of the game available at Shademare.com/Velia. And, if you like the demo, you can purchase the full version with six worlds, hundreds of twisted and demented minions and many monsterous bosses.

Permalink | Comments Off on We take you away from your regularly scheduled programming… Velia – Thank You!

Permalink | Comments Off on ShadeMare